Nombu Kanji (Porridge with chicken and mixed vegetable) is a healthy and nutritional dish.This recipe for my Muslim friends during the fasting season of Ramadan or Ramzaan. In this period the adult Muslims sacrifice their food and water from sun rise to sun set. After the long fasting hours, they break their fast by consuming dates and nuts. When they eat and drink light meal like soups, porridge, salads etc. I think this Nombu Kanji (Porridge with chicken and mixed vegetable) is a good and healthy energizer for them because I prepare here a non-veg version of porridge. In this recipe I add basmati rice, boneless chicken, some vegetables, grated coconut, fresh milk and spices. Even non vegetarians can add boneless mutton or fish pieces instead of chicken. At the same time for vegetarians, just remove the meat items from the ingredients and add/include more vegetables as per your taste. I enjoy this awesome kanji/porridge to use jack fruit leaf spoon or plavilla spoon ( In kerala, it is a custom and practice) which is out of this world 😉 🙂 so I decide to cook it once a month subsequently. Try this simple and tasty kanji/porridge recipe and enjoy 🙂 have a blessed and a peaceful Ramadan/Ramzaan season to all 🙂 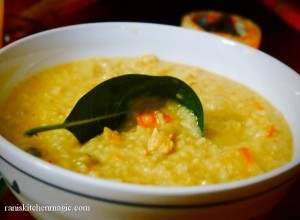 Ingredients For Nombu Kanji (Porridge with chicken and mixed vegetable)

Method For Nombu Kanji (Porridge with chicken and mixed vegetable) 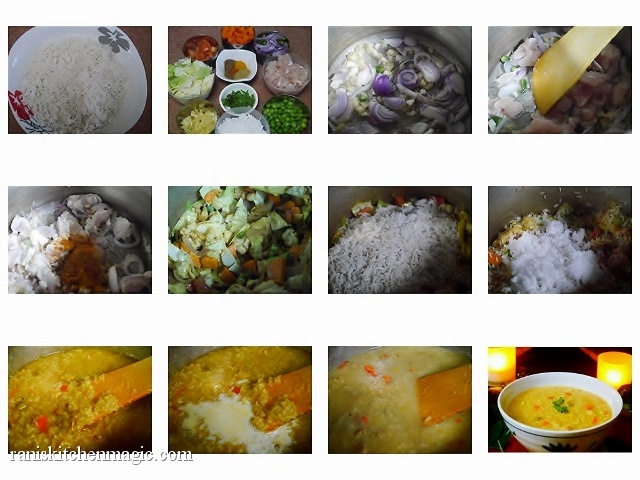 • Heat oil in a pressure cooker in a medium heat. Add onion, green chilly, ginger and garlic. Stir until light brown.
• Add chicken pieces and stir well.
• Lower the flame and add spices and staute 2 minutes.
• Add all vegetables and stir well.
• Add dried basmati rice and grated coconut, mix and stir well.
• Add salt and water as per required. ( It approximately 4 cups water)
• Cover it and cook until the cooker whistle thrice.
• Turn off the heat and leave it to release pressure.
• When the pressure is released well, uncover the cooker and check its water consistency. If it is very thick, add water (as per your desiring consistency) and boil it.
• Lower the flame and add fresh milk and heat 2 minutes.(Do not boil after adding milk)
• Turn off the heat, taste and add salt if required.
• Sprinkle and garnish the porridge with pepper powder and coriander leaves.
• Serve mild hot with pickles or fries and enjoy !

Nombu Kanji/Porridge normally is in a smashed texture. You can cook and smash it as per your desirable texture

Hi, friends hope you all staying safe and happy. Today I am sharing with you a basic vanilla cupcake recipe with butter, sugar, eggs, and vanilla essence. It is a simple and easy-to-make sweet snack recipe. My children’s favorite snack, they normally eat these cakes as their breakfast or evening snack. It is a filling […] 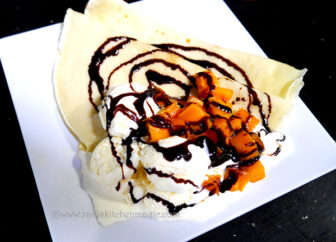 Hi dear friends, hope you all doing well. After a long time, I am coming back with a simple and easy dessert recipe. A mouthwatering dessert with Crepes, Ice Cream, and Mango. I hope you all know what “Crepe” is. If not I will explain to you, Crepe is a type of very thin pancake, […] 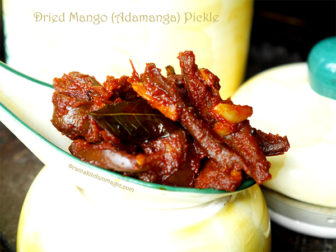 Pickles/achar are indispensable to an Indian. A South Asian pickle also known as achar. Every state in India has varieties of pickles with different vegetables, fruits, meat, seafood etc.that spice up their daily meals and taste buds with a spicy and tangy hit of flavors. The most popular of the pickles of Kerala are made […]

‘Natholi Oru Cheriya Meenalla’ 🙂 It is a popular South Indian (Malayalam language) movie from Kerala. The meaning of the movie title is ‘Anchovy is not a small fish’. Now you are thinking, actually anchovy is a small fish, why am I talking like this and why does that Kerala movie have that kind of […]